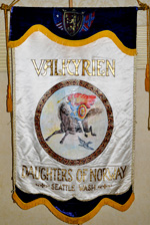 Valkyrien Lodge welcomes you to join them in exploring your Scandinavian heritage!

Valkyrien is the first lodge formed in the Daughters of Norway organization. It has been a strong and vibrant group for over one hundred years! They participated in the founding of the Norse Home, a retirement community on Phinney Ridge in Seattle; the Norwegian Women's Chorus (of Seattle); and the Seventeenth of May Parade Organizing Committee. 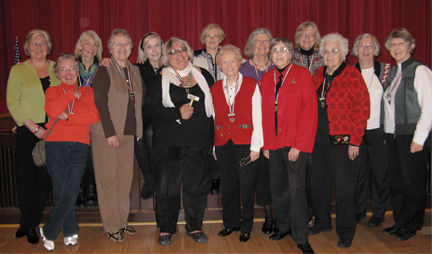 Valkyrien Lodge helps to support Norse Home, Barneleikeringen (The Norwegian Children's Dance Group) and the Nordic Heritage Museum, all in Seattle, as well at the Daughters of Norway Scholarship Fund.

Valkyrien Lodge was named for the Valkyries of Norse Mythology. At first the Valkyries were the female messengers of Odin, the chief god. Later they were considered to be his warrior maidens, as they rode into battle on horseback to choose the slain. They escorted warriors who died in battle to Valhalla (Odin's castle) and there welcomed them with horns of mead.