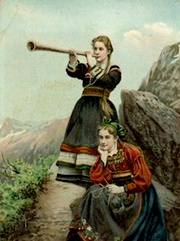 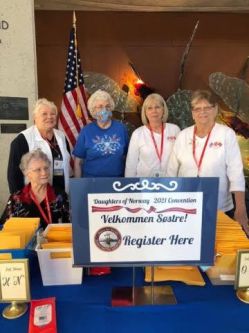 Prillar Guri was one of the host lodges at convention 2021, Bremerton Washington 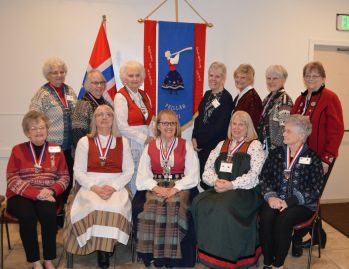 Prillar Guri is a heroine of oral traditions, stories and lyrics about events that happened hundreds of years ago. The story of Prillar Guri is one of war. Sweden and Denmark-Norway were rival powers in Northern Europe in the 16th and 17th centuries. In August 1612, Lieutenant Colonel Alexander Ramsay was in overall command of a company of Scots, along with two other companies commanded by George Hay and George Sinclair. The force totaled about 350. They were on their way to Sweden to enlist as mercenaries in the Swedish service of King Gustav Adolf. They had chosen the land route across Norway to Sweden because the port at Kalmar, Sweden, was blockaded by the Danes.

The Norwegians were angry. Earlier the capture of the fortress in Älvsbor Län, Sweden, had cut the Swedes off from the Kattegat (the strait between Sweden and Denmark), so the Swedes massacred 300 Danish conscripts from Gudbrandsdalen, Oppland, Norway, at Ny Lödöse, northeast of Göteborg, Sweden.

The Scots landed first on August 2, 1612 on Ramsdalfjorden, and took a pilot on board. He landed them at Klungnes, the roughest terrain along the north shore of Isfjorden, opposite modern Andalsnes. It took time to work around the eastern end of Isfjorden. By August 1612, the Scots headed inland.

A Norwegian force of about 400 farmers from Lesja, Dovre, Vågå, Sel, Fron and Ringebu kommuner (counties) in Oppland Fylke, assembled at Kringen (the bend in the Lågen River between modern Otta and Kvam in Oppland). Finally, the Scots left Dovre and headed South toward Kringen still along the Lågen.

The Scots reached Kringen on August 26, 1612, where they were ambushed by the Norwegian militia at the narrowest part of Gubrandsdalen valley. In Kringen, the route was so narrow that the Scots could barely pass single file. The Scottish column may have been spread out about 500 meters long. Recent research has shown that the farmers' militia had blocked the way at the south end and had another block inside the passage. The battle was fought for one and a half hours. All the Scots had been shot, drowned or beaten with exception of 134 men, of whom 116 were executed in Kvam the next day. Three officers and 15 soldiers were sent as prisoners to Oslo, Copenhagen or Varberg, Halland, Sweden. The Norwegian loss was only six men.

The warning to the waiting Norwegian militia was said to have been provided by Prillar Guri, a young woman from Sel Kommune, who rode parallel to the Scots force on the other side of the valley. The ensuing battle where the Norwegians soundly defeated the Scots was the Battle of Kringen.