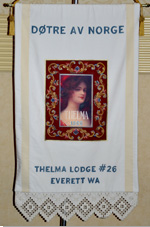 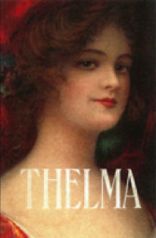 Lodge programs and activities focus on members' shared Norwegian and Scandinavian backgrounds. The program presentations are varied, interesting and enjoyable.

The lodge takes it’s name from the protagonist in a romantic novel written by the English writer Marie Corelli, who was a best-selling author in Victorian England and eventually in America. Her romantic tale of a Viking princess, Thelma, captures the heart with the tale of true love and devotion by the fair Norwegian maiden Thelma. The book was a best seller in America in the late 1800’s to early 1900’s. Hollywood produced four separate films based on this book between 1916 and 1921. In addition, a song about the Norwegian maiden Thelma was popularized and captured the hearts of many.